For wet and slippery missions, there’s Cairn 3D Pro II, the ultimate adventure sandal outfitted with our new Hook-heel strap, extra-sticky Vibram® Megagrip outsole, and molded 3D footbed. The Pro II G-hook and loop system locks in the heel strap like it does the front, for a super secure fit that won’t fail in the frothiest rapids or thickest silt. New G-hook-and-loop heel and front strap system creates an extra secure foothold that won’t gum up in mud or pull off in whitewater.

Premium Quality: We spent years sourcing the best materials in the world, so you can spend maximum time enjoying the outdoors. The Cairn is USA Assembled of Domestic and Foreign Parts.

1% For the Planet: We proudly donate 1% of your purchase to environmental non-profits. Our sizing is unisex (e.g. size 9/10 is equivalent to size 9 for men, and size 10 for women.) Some Bedrockers find our sizes run slightly small, especially in our smallest sizes.

Follow these instructions to take care of your Bedrocks and maximize their life-span:

No reviews yet Write a review

You may also dig

Thank you for submitting a review!

Your input is very much appreciated. Share it with your friends so they can enjoy it too!

FacebookTwitter
Be the first to review this item
Filter Reviews:
×
Clear filters
More Filters
WA
12/07/2020
Will A.

I had a original pair of Cairns that I used for bikes and my everyday footwear in the summer, but they were a little small, and because I have a high arch I needed a little more support. When the Black Friday sale hit I decided to give the 3D Pro II's a try, and boy am I glad I did. Sizing up is a pro move and the 3D insole provides just enough support without sacrificing much flexibility.

Definitely order a size up and save your self in return postage. But they are comfy and feel good on your feet.

I love using my Bedrocks to either make short trips to the store or for take-out. Another great way I love using them is on those days when I take my bike out for a ride! Absolutely love them, normally a size 12 with wide and flat feet. A size 12 in these fit just right. 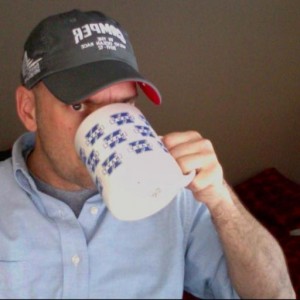 I was skeptical of Bedrock Sandals at first; after all, I’m the guy who brings 9 white oxford shirts to Burning Man, I detest flip flops and poor table manners. I don’t jump on bandwagons. Some time during the Before Times, I vaguely thought about trying out a pair of Bedrock Sandals, going so far as to print the foot measuring thing. With little less than a shrug, I forgot all about the sandals until a few weeks ago but when I saw basically everything was out of stock I shrugged again, but this time I signed up for a restock notice. I don’t know what elicited a curious second look from me, but when that email arrived telling me copper Bedrock Cairn 3D Pro II were back in stock, I ordered men’s 8 and a few days later they arrived. They were too small, by a little, enough where I thought it best to ask. I sent a photo of the sandals on my feet and within seconds someone from Bedrock replied saying I should order up a size. When I subsequently emailed about exchanging (somehow I missed the directions on the website) they told me about the sale starting a day or two later where I could get 20 percent off, and if I was one of the first 400 orders, I could score a pair of grey socks. I made a calendar notification, which I didn’t need, and ordered my sandals with a few pair of socks — including the free pair. (I just ordered another pair of grey and another pair of green socks) I put the socks and sandals on and it was magic. I went on small walks around my neighborhood to try out the sandals, including a short walk taking a hilly and circuitous route to the International Rose Test Garden here in Portland, OR. I walked on the dirt paths in Washington Park, I walked through the plush old-money neighborhoods in the west hills, I walked up and down the giant staircases, I walked among giant doug fir trees, moss-covered walls, I wanted to keep going. I walked through the Goose Hollow neighborhood back to my soulless concrete box near Portland State University. I was surprised how comfortable the socks were on that cool, damp day and how natural it felt to walk in the Cairn 3D Pro II sandals. My feet were never damp and cold as they normally are in cool weather. I’ve worn them every day since then — donning my colorful alpaca wool leg warmers (for a number of reasons I keep my trouser legs cuffed about mid to upper calf) when it’s chilly. I’ve only worn my sneakers (that certain German brand that makes a certain popular soccer shoe) when I rode my fixed gear bike because of the toe clips and straps. When I get my new bikepacking rig rolling with it’s flat pedals I’ll roll around Portland and adventure wearing these sandals. Tomorrow morning will be my second trip to the Portland Farmers Market for a breakfast burrito wearing my Bedrock Carin 3D Pro II. My only complaint isn’t really a complaint. I wish waterproof tabi/one-toe socks existed or that I had the means to make them myself. I started skeptical, but my scoffing evolved to adoration about these shoes. Also I learned sandals aren’t just for hippies and Instagram influencers, they’re for everyone, just like the outdoors.

completely blown away by how good these sandals are. I've been wearing them for over a year now and they went from something i wore on particular occasions to pretty much the only thing I put on my feet from spring to fall. from camping and hiking to climbing and wading rivers these sandals kill it. you get an incredibly secure fit for how easy the on and off is. incredibly tough as well. if i wore any other pair of shes as much as i've worn these they'd be destroyed by now. I've started trying to find activities that they don't perform well in and so far the only thing i would recommend not doing in them is playing tennis (the only time i've gotten blisters in them but hey... play stupid games, win stupid prizes). climbing up long scree fields is possible in these but it is easier in shoes. What and elegantly simple and effective design. Lifelong customer for sure